Youth Homelessness and Higher Education: An Analysis of FAFSA Data 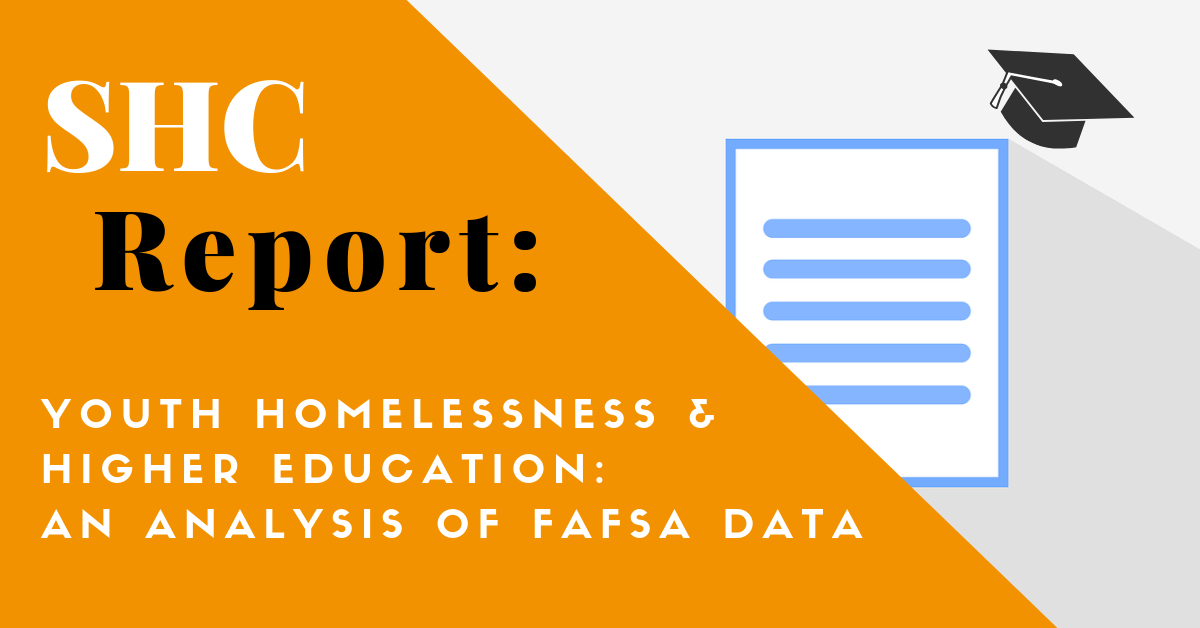 Our analysis of four years of Free Application for Federal Student Aid (FAFSA) data for unaccompanied homeless youth finds that:

The report includes recommendations for policy and practice, including support for the Higher Education Access and Success for Homeless and Foster Youth Act (S.1795/H.R.3740), and increased professional development in schools, shelters, and institutions of higher education.

Finally, the report explains the many characteristics that unaccompanied homeless youth share with former foster youth, and argues that both groups should be afforded similar protections and supports.