The Well-being of Young Children after Experiencing Homelessness 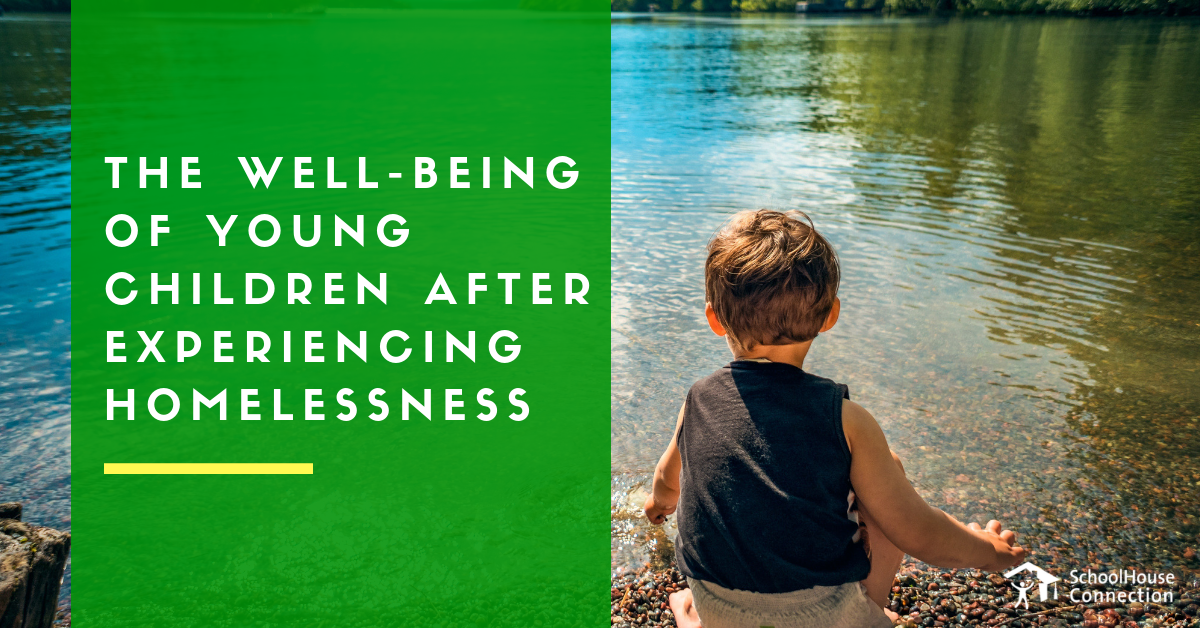 The U.S. Department of Health and Human Services released a report entitled “Well-being of Young Children after Experiencing Homelessness.”  The study collected data from families at the time they were in emergency shelters, followed the families over the next 20 months, and then surveyed them again, collecting information about the family, the parents, and up to two focal children in each family.
Read the Report