The Lasting Impact of Homelessness on Infants 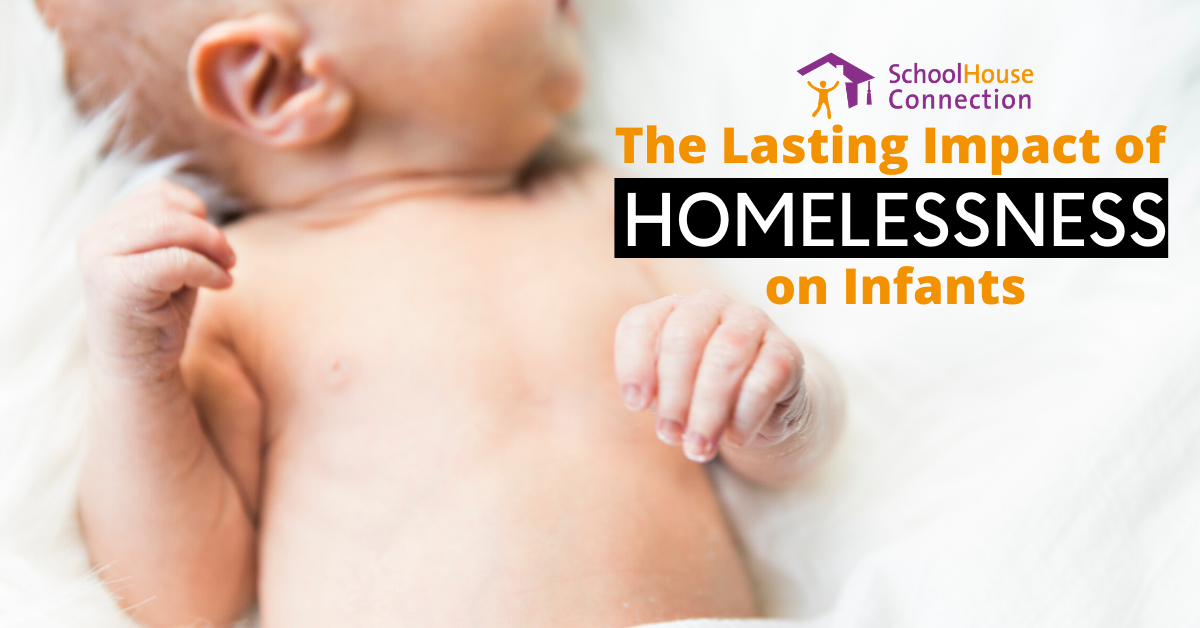 Research published in Health Affairs finds that the impact of homelessness on infants goes beyond the effects of poverty, and lasts throughout early childhood. Across most indicators, children who experienced homelessness as an infant were more likely to have health problems, hospitalizations, and emergency department visits than children in poverty who did not experience infant homelessness. Through the end of the study (at age 6), infants exposed to homelessness still had higher rates of asthma and used emergency departments at higher rates. Specific findings in the study, “Infants Exposed To Homelessness: Health, Health Care Use, And Health Spending From Birth To Age Six,” include:.

The study follows previous research on homelessness during pregnancy. That study found that the adjusted odds of having nine pregnancy complications were also significantly higher for women accessing emergency shelter, and remained substantially unchanged after adjusted for behavioral health disorders. The authors note that shelter-based interventions to improve prenatal care are likely to be helpful, but may be received too late to reduce risk to a level comparable to that of women living in more stable housing. They recommend early and regular screening of pregnant women for unsafe or unstable housing to ensure continuous care, reduce pregnancy complications, and lower costs.