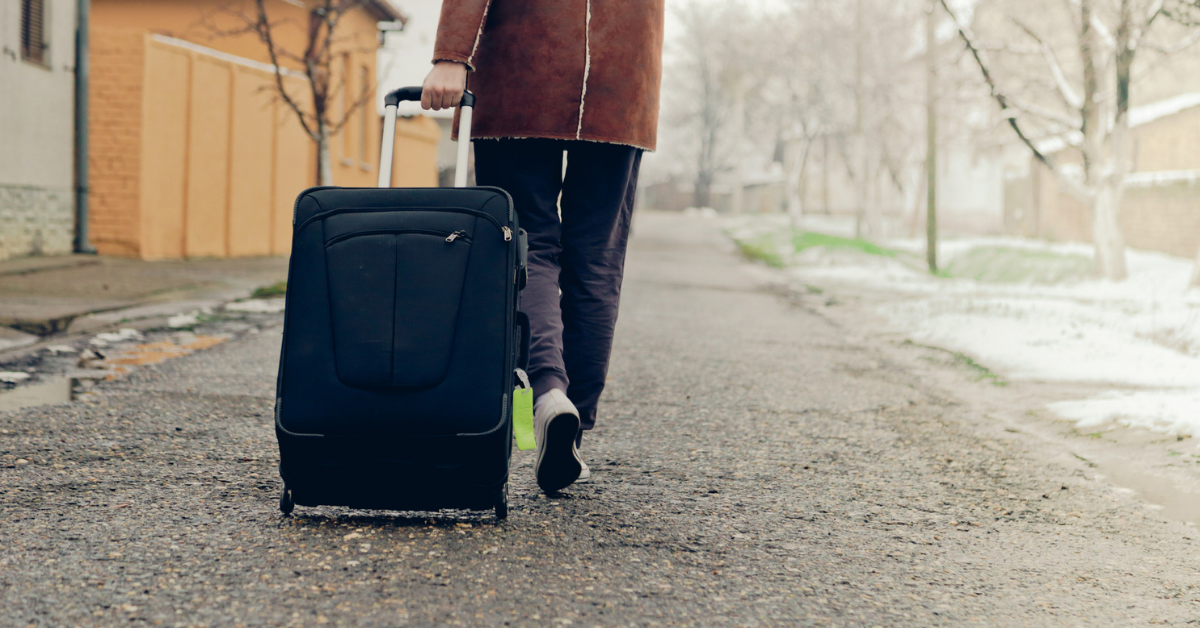 New federal data released this week reveal that 1,355,821 students experiencing homelessness were enrolled in public schools during the 2016-2017 school year. This was the highest number ever recorded.

The data also illustrate the negative impact of homelessness on academic performance, over and above poverty.

The federal data were released in a report by the National Center for Homeless Education, the U.S. Department of Education’s technical assistance center. 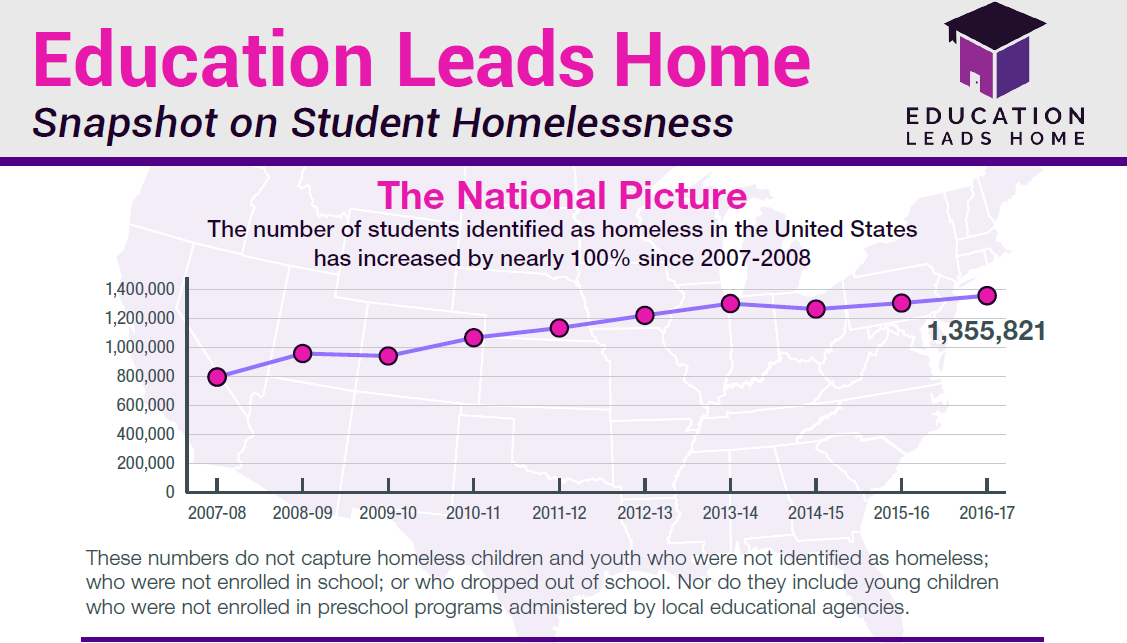 Students experiencing homelessness are 87 percent more likely to drop out of school than their housed peers. Without a high school diploma, youth are 4.5 times more likely to experience homelessness later in life young adults later in life. This data is critically important because more than 95 percent of jobs created during the economic recovery have gone to workers with at least some college education, while those with a high school diploma or less are being left behind. Research continues to support the imperative of actively addressing the educational needs of homeless students to help break the cycle of poverty.

Goals of the campaign: