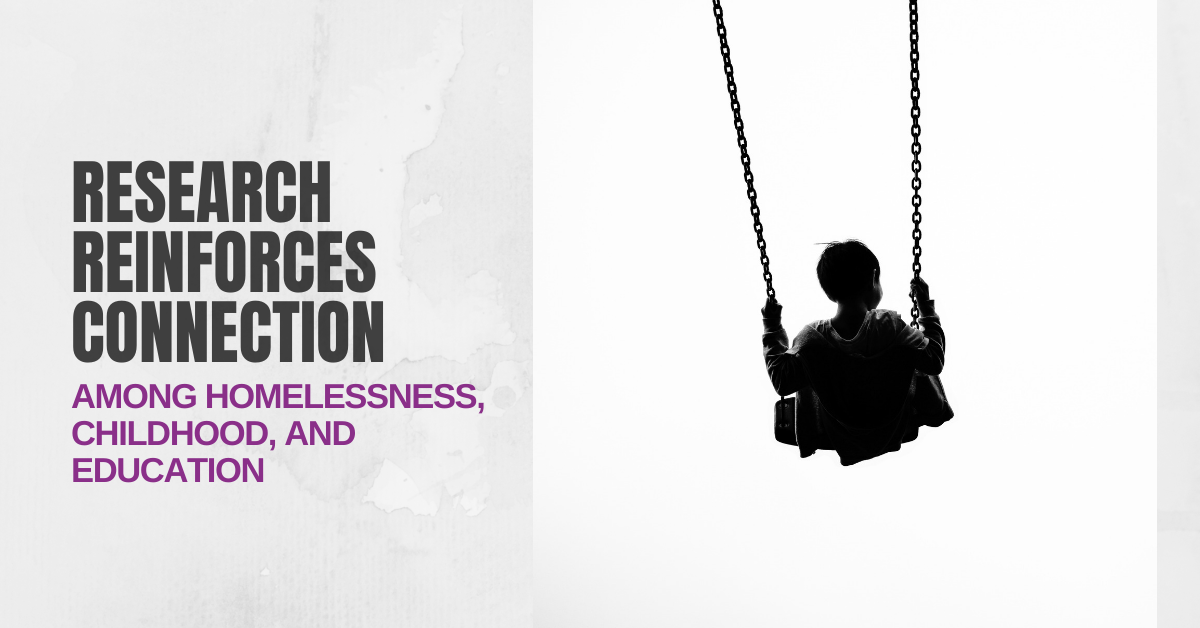 Current efforts to end homelessness are largely focused on the immediate housing needs of adults. Yet recent research further demonstrates the importance of addressing childhood, early care, and education in efforts to prevent and end homelessness. This blog post summarizes five new studies. Topics include homelessness in the womb and during infancy; the Adverse Childhood Experiences of homeless adults; the employment of families during and after stays in homeless shelters; and the impact of Rapid Rehousing on the education of children and youth experiencing homelessness. This and other recent research on homelessness supports SchoolHouse Connection’s advocacy to reform current federal homelessness policy to account for the unique needs and vulnerabilities of children, youth, and families. 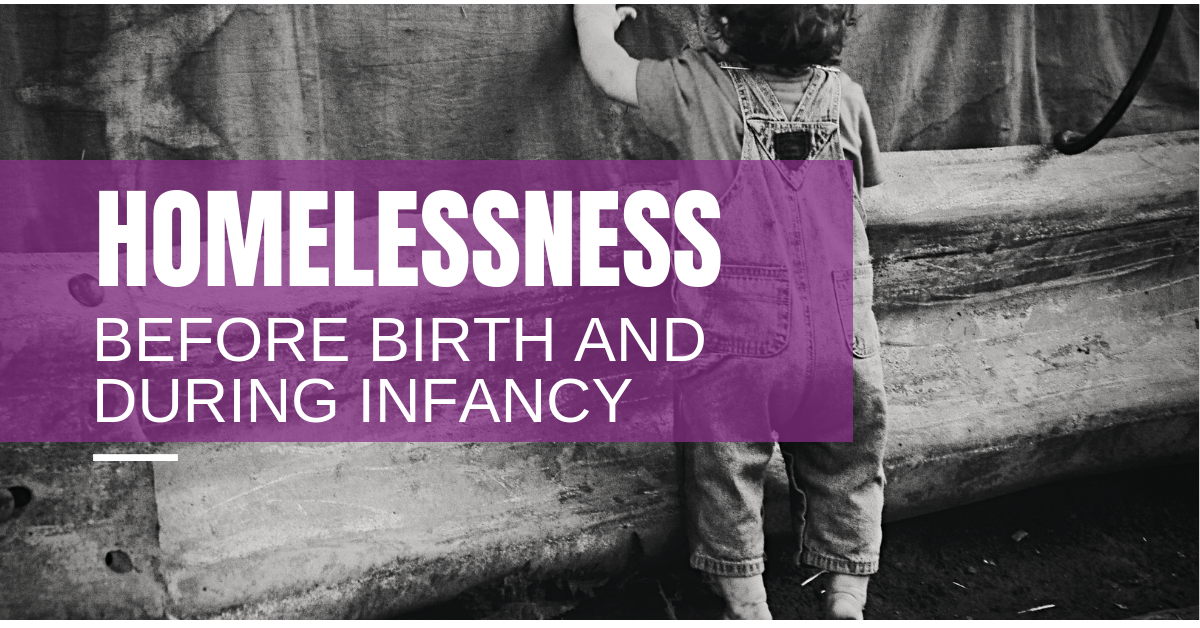 Homelessness Before Birth and During Infancy

Two new studies add urgency to addressing homelessness among the very youngest: children in the womb, and right after birth.

In the first study, recently published in CityScape,  homelessness during infancy was evaluated as a risk for adverse infant and maternal health and hardship in five U.S. cities. The study found that homelessness in infancy is associated with early harm to children’s health and development, poor caregiver health and maternal mental health, and additional material hardships for families. Also of note is the finding that parents with a history of homelessness had lower rates of high school or higher education completion than families who were consistently housed (69.9 versus 58.3 percent). This finding, like other recent research on homelessness, points to educational attainment as a potential protective factor against homelessness.

In the second study, recently published in the in the October 2018 Pediatrics, researchers interviewed caregivers who reported being homelessness prenatally; others who were homeless only postnatally; and a group that reported being homeless before and after giving birth. The study found that children who were in the prenatally homeless group were significantly more likely to have been hospitalized since birth and were in fair or poor health compared to those whose mothers had never been homeless. Children who were in the postnatally homeless group shared the same adverse effects and had higher developmental risks. In addition, the authors found that the earlier and longer the duration of homelessness, the greater the toll it took on a child’s health and development, which can have long-lasting effects.

Key takeaways: Each of the negative outcomes associated with homelessness in the womb and in infancy has long-term impacts on health, educational attainment, and workforce participation later in life. The cumulative force of these impacts may exert lifelong negative effects on a child’s future. Efforts to prevent homelessness and coordinate services for families experiencing homelessness, especially families who are pregnant or who have young children, are urgently needed. Partnerships between healthcare systems, housing providers, early education providers, and social service agencies are critical in order to respond to family needs holistically. 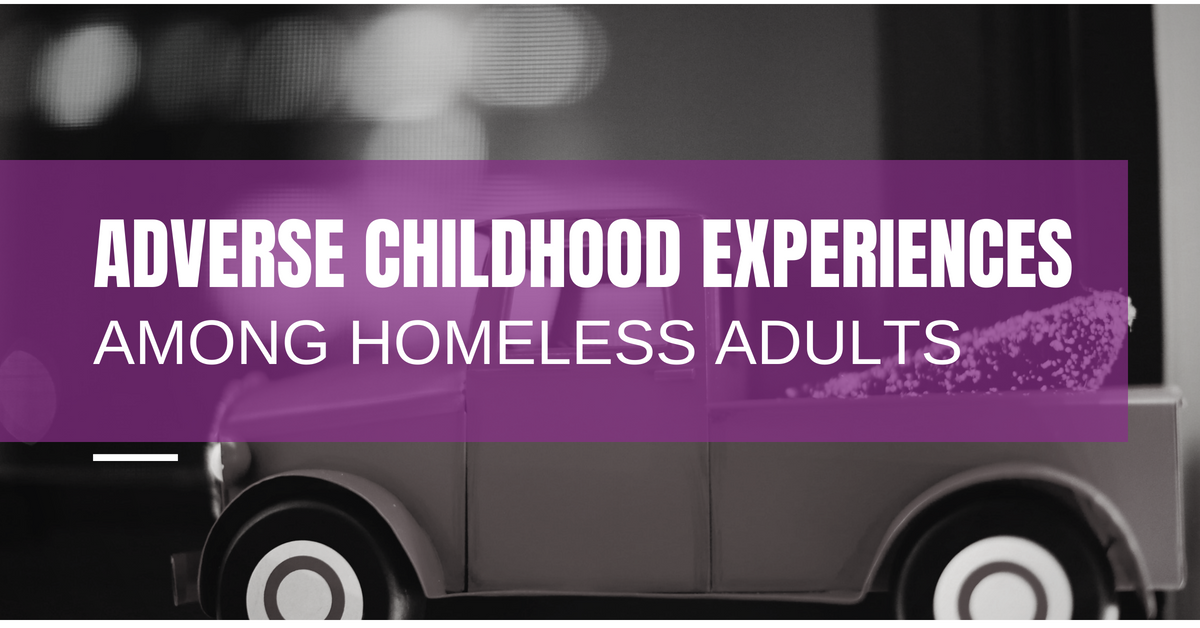 Research published in the Journal of Health Care for the Poor and Underserved, Johns Hopkins University Press, investigated the childhood experiences of homeless adults in Santa Clara County, California. In particular, researchers looked at the constancy of the child’s primary caregiver, the involvement in formal and informal foster care, the constancy of the child’s home, and the experience of childhood homelessness. The study found that homeless adults reported severely traumatic childhoods. Seventy-eight percent grew up in a household with a person with drug or alcohol dependence; 64.6% endured psychological abuse as a child; 76% recalled at least one Traumatic Brain Injury (TBI); 19% percent were in foster care as children; 40.2% reported having someone other than a parent as a primary caregiver; 53% reported that they had moved too much as children; and 37.5% had experienced homelessness as children.

Key takeaways: This study contributes to the understanding that the causes of homelessness are complex, with roots that often reach back into childhood. The authors contend that “the homeless population of the future is being developed now,” and conclude that any serious attempt to reduce homelessness must address the plight of children living in environments characterized by homelessness, mental illness, substance abuse, and psychological, physical, and sexual abuse. 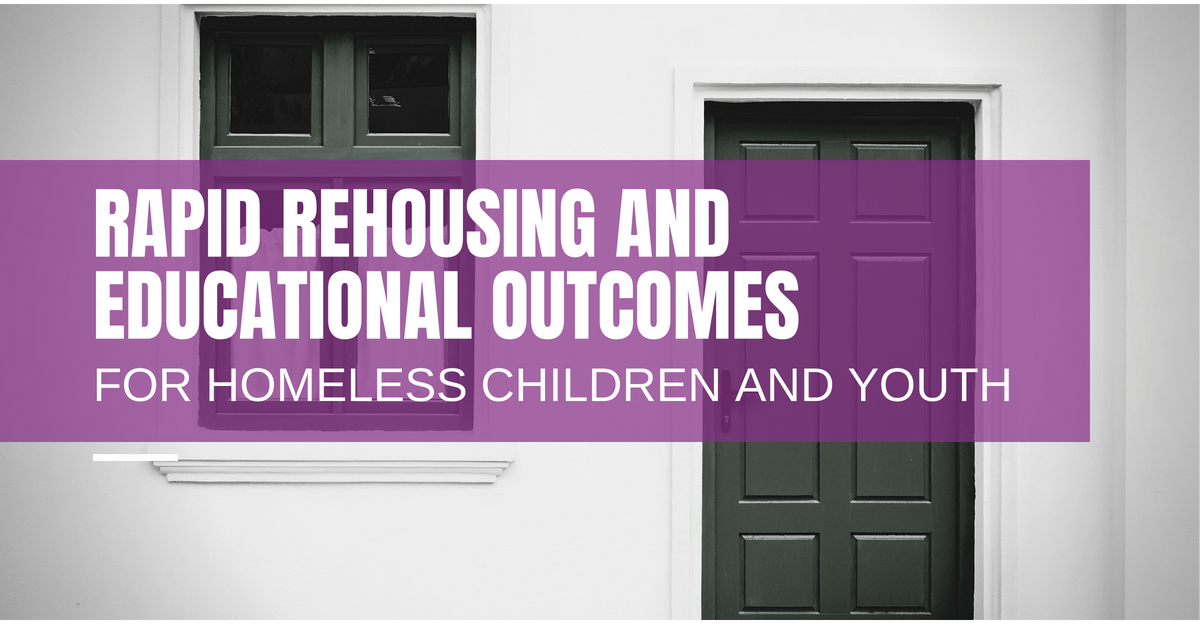 Rapid Rehousing and Educational Outcomes for Homeless Children and Youth

New findings by J. J. Cutuli and Janette Herbers published in Child Development suggests that priority access to Rapid Rehousing may not be best for students experiencing family homelessness. The findings are based on data from 172 students in a larger randomized-control study of housing interventions for families experiencing homelessness linked with education records across four years in the Minneapolis Public Schools. The researchers tested for impacts of homelessness on students experiencing family homelessness, and which housing interventions work best to support education. When housing interventions were analyzed in light of up to four years of school records, students assigned to Rapid Rehousing had lower average attendance and lower math and reading achievement than children receiving only typical shelter services. In the comparisons that involved only permanent housing subsidies and Rapid Rehousing, homelessness was associated with achievement gaps in both math and reading achievement that persisted over years. Typical shelter (“usual care”) for families in emergency housing in Hennepin County compensated for at least some educational risks typically associated with family homelessness, and priority access to either permanent housing subsidies or Rapid Rehousing had negative implications for some educational outcomes.

Key takeaways: Homeless and housing interventions must be judged on their long-term impact on children and youth, including their educational outcomes. If they are not, children and youth will continue to cycle in and out of homelessness over their lifetimes, mired in poverty and its ill effects. The ultimate costs will be much higher for homeless children, and for society, than those incurred in the short-term. 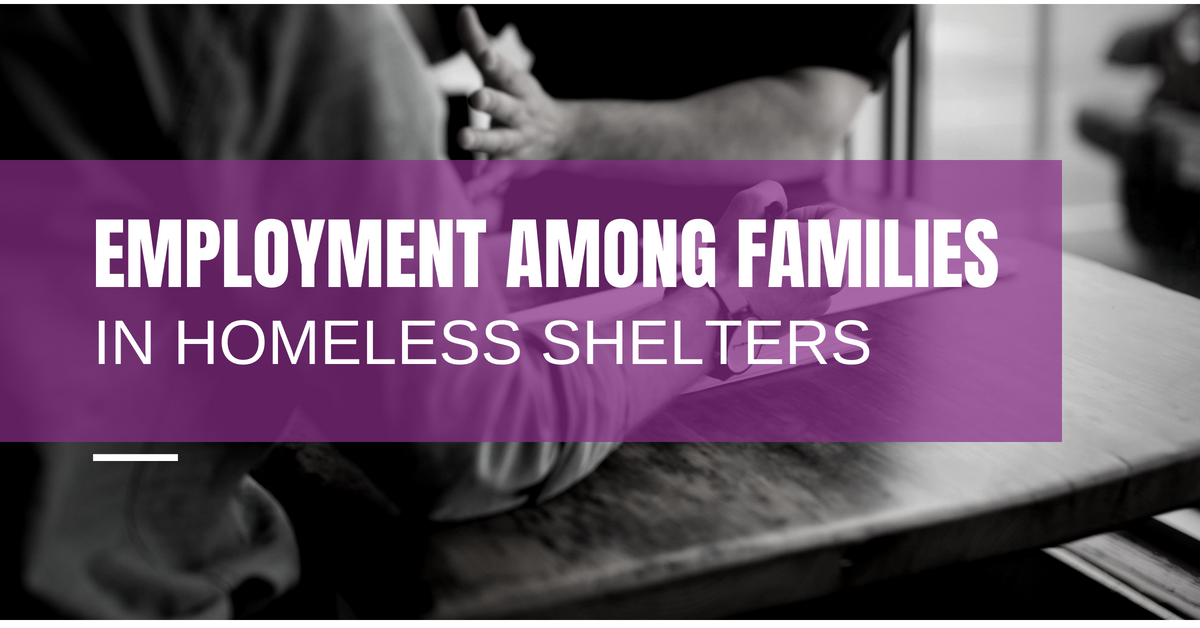 Employment Among Families in Homeless Shelters

The Employment of Families Experiencing Homelessness brief is one in a series of research briefs commissioned by the U.S. Department of Health and Human Services. It examines employment rates of families while in emergency shelter, prior to staying at the shelter, and at 20 and 37 months after their shelter stay. It also compares the employment rates of families in a shelter to the employment rate of parents in deeply poor families in the same communities, discusses barriers parents identified for not working, and explores the relationship between employment, income, and continued housing instability. The study found that parents with a high school diploma were more likely to be employed in the week prior to their shelter stay than those without a high school diploma (22% vs. 14%). Families who worked for pay were less likely to experience homelessness three years later. In addition, compared to deeply poor families in the same communities, employment rates were lower among parents in families who experienced homelessness. Of those parents who were not working in the week before shelter entry, about 33 percent reported that they were not able to find work, and another 17 percent cited family or child care responsibilities as the primary reason for not working.

Key takeaways: Families with lower rates of employment appear more likely to return to homelessness. Parents with high school diplomas are more likely to be working for pay, another indication that education plays an important role in preventing and ending homelessness. Child care, too, is directly connected to parents’ ability to work, and is a critical support for both children and parents who experience homelessness.