By Kera Pingree, Portland, Maine, Youth Advisor for the National Network for Youth 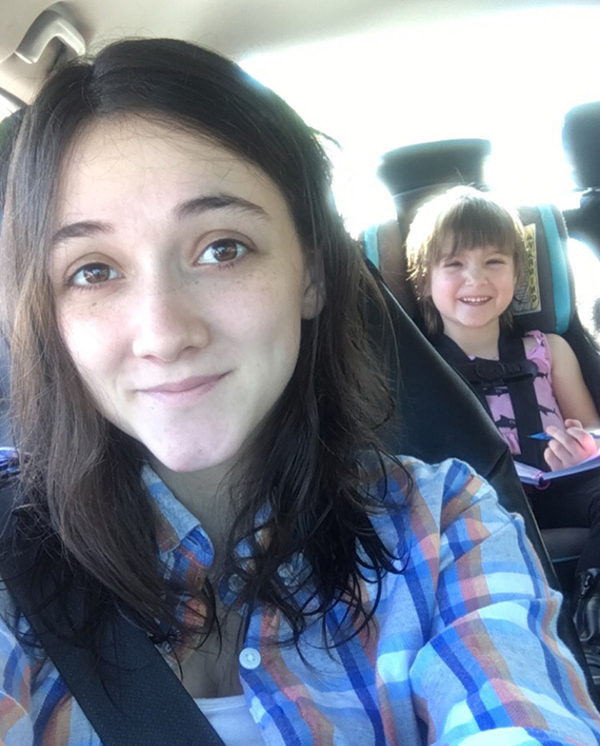 For years before I lost my housing, I was trapped with a parent in a home that was unsafe and unsuitable for living. I spent three years parenting my own child as a minor, aware that if I were to reach out for housing supports or express fear for my safety, I could be forcibly separated from my daughter and we could both end up worse off. There was only one program in my area that served minor parents who were homeless, and because I technically had a place to be, I was forced to remain in my situation for as long as physically possible – it didn’t matter if it mentally killed me.

Not only did this take a toll on my mental health, it also caused every other aspect of my life to plummet, including my school performance. My daughter’s first years were overwhelming, riddled with stress, anxiety, and conflict. At that point, there was nothing I could do to escape where we were, and because I was in a house rather than a shelter, I was unqualified for any HUD-funded program that could’ve offered the support and resources that my daughter and I needed to be safe.

Eventually I was kicked out of that house, and I was separated from my daughter because I didn’t have anywhere safe to bring her. I spent a month at a partner’s house. The house was infested with bed bugs, and I was surrounded by fighting, addiction, and child abuse. I spent all my days cleaning to earn my stay there. Still, even though the house I was living in was unsafe and bug-infested, and even though I could have been thrown out at anytime, I was unable to access housing supports, like housing vouchers, because I wasn’t staying in a shelter. I knew very little about any resources for people in my situation. I didn’t know what shelters were like, but I knew I wanted to avoid them at all costs.

One night, after a month of my life being flipped upside-down, I had slept in the back of an old van, on top of cardboard boxes that did nothing for comfort, and blankets that did nothing for warmth. I cried that whole night, and the next morning I vowed to reach out for help again, ready to be turned away just as heartlessly as before. But when I made my way to the homeless youth drop-in center that Google led me to, I was connected to a teen shelter, and suddenly, I was eligible for housing assistance for the first time.

I stayed in the teen shelter for three months and was finally eligible for a housing voucher, providing they had spaces. I stayed in the shelter virtually every night, aware of the threat that spending a night away from the shelter could cause me to be denied help, under the assumption that I had somewhere else I could be. According to HUD, homelessness was all or nothing – you had to be in a shelter (or on the streets) to be homeless, and it was easy to be disqualified using the HUD definition.

After three months I learned of the family shelter. When I realized there was somewhere I could bring my daughter, I brought her there with me immediately. Now that we were staying together in the family shelter, both my daughter and I were officially “in.” Options and resources popped up everywhere, some that fit for us, and some that didn’t. Because we were in a shelter instead of random, dirty, dangerous places, we were now in a world where there was help and we weren’t alone. I felt like I was finally seen and there were finally things to grab onto. But never during my time in a shelter did I feel more deserving of help than someone in an unsafe housing situation, or doubling up. I knew from my own experience that we were all the same, we were all homeless and in need.

No individual or family should ever be forced to remain in an abusive or otherwise inadequate situation and denied housing resources just because they are not staying in a homeless shelter or on the streets. HUD’s definition of homelessness is extremely limited and attempts to assign levels of urgency to situations that should all be considered urgent and unacceptable. I don’t believe that any part of my experience with housing instability could be considered “more acceptable” or more homeless than another, and I wish I hadn’t been separated from my daughter, and forced to stay in a shelter, in order to get help.